Often referred to as the most complete footballer in the history of the game, and for good reason, because Alfredo Di Stéfano could quite literally play anywhere. Looking at his incredible goalscoring-rate, it would be fair to think that he was an out-and-out striker, but he was so much more than that. He would drop back to positions all over the pitch to get on the ball, and then conduct the play from there, stitching all the play together with either some subtle link-up, a defence-splitting pass, or a quick change of pace to burst forward. Not only would he drop back to get the ball, but he'd also drop back to cover team-mates if they'd gone forward. He was seemingly everywhere, his stamina and energy were relentless!

Di Stéfano started his career at River Plate in 1945, one of the greatest eras for the club featuring an incredible group of players nicknamed La Máquina (the Machine). He'd win a couple of titles in Buenos Aires before heading to Colombian club Millonarios in 1949 because of a players-strike in Argentina. It was his move to Spain that would earn him worldwide fame though, achieving unprecedented success at Real Madrid, winning five European Cup victories in a row, eight league titles, the inaugural Intercontinental Cup and, on a personal level, two Ballon D'Or awards. He was capped by not one national team, or even two, but three, representing all three of the nations whose leagues he'd played in: Argentina, Colombia and Spain. Di Stéfano is also amongst a select group of footballers who have won league titles in different countries, having won the title in all three of those countries.

There's a great quote from Bobby Charlton, it relates to the 1957 European Cup Semi-Final between Real Madrid and Manchester United, and it completely captures what Alfredo Di Stefano was all about:

"I couldn't take my eyes off this midfield player and I thought, who on earth is that? He ran the whole show and had the ball almost all of the time. They beat us 3-1 and he dictated the whole game. I'd never seen anything like it before - watching someone influence the entire match. Everything went through him. The goalkeeper gave it to him. Full-backs were giving it to him. The midfield players were linking up with him, and the forwards were looking for him. Wherever he was on the field he was in a position to take the ball and influence the play. I was just sitting there, watching, thinking it was the best thing I had ever seen. And this was when Di Stefano was thirty. What must he have been like in his younger days?” 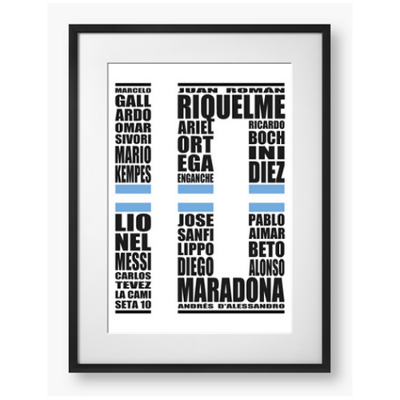