The Greatest German Goalkeepers of All Time 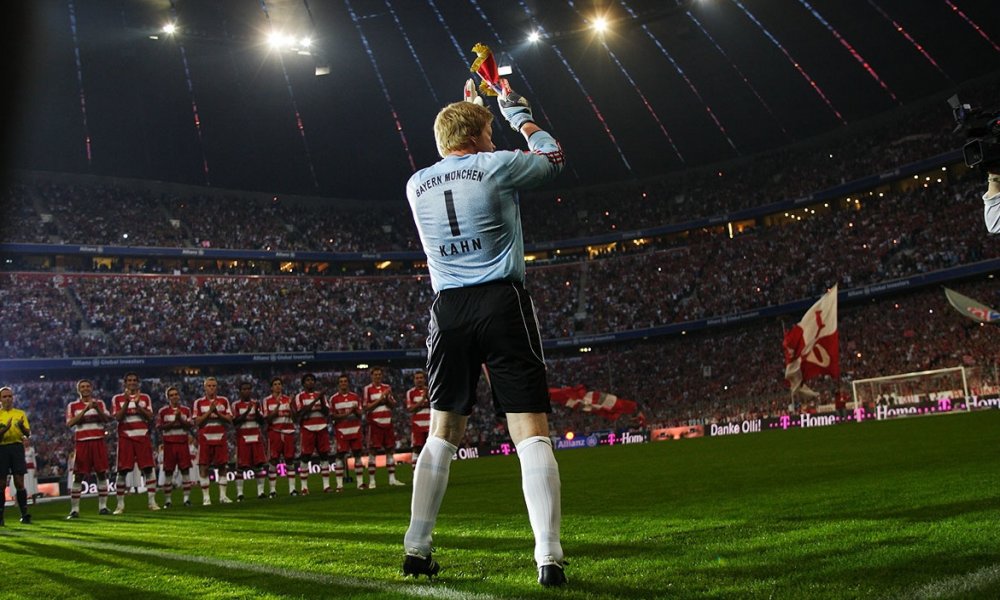 Where else to start but with one of the world's greatest ever goalkeepers, Sepp Maier.

A tremendous goalkeeper who literally won everything during his 18 years with Bayern Munich (he was a one club man with the Bavarian giants) and 13 years with the West German national team, including the World Cup, the European Championship, three European Cup victories and four Bundesliga titles.

Maier's great reflexes, speed and agility earned him the nickname "Die katze von Anzing" ("the cat from Anzing") but he was also incredibly consistent and dominant in the box in addition to his shot-stopping ability. His longevity was also incredible - he holds the record for consecutive Bundesliga matches - 442 from 1966-79.

Maier also became one of the most iconic keepers in football history with his trademark long shorts and being the first keeper to wear huge over-sized goalkeeper gloves. This image, along with his humour and personality made him a huge fan favourite throughout his career.

Whilst Schumacher will forever be remembered for the controversy surrounding his collision with French defender Patrick Battiston in the semi-final of the 1982 World Cup, it's still worth pointing out that he was a superb goalkeeper and widely regarded in the early 1980s as one of the world's best.

As well being a commanding presence and a great shot-stopper, Schumacher was a penalty specialist, in that infamous 1982 World Cup semi-final he saved two French penalty kicks in the shootout, and then four years later against Mexico he saved another two penalties in the quarter-final. In the Bundesliga, only Rudi Kargus, with 23, has saved more penalties than Schumacher's 18 saves.

Another 1. FC Köln legend, Illgner had ten years with the Billy Goats from 1986 to 1996, before finishing his career with five years between the sticks at the BernabÃ©u, with Real Madrid. Illgner had played a few times for 1. FC Köln in 1986 but took over as the regular number one in the spring of 1987, when Schumacher was dismissed from the club after his controversial autobiography was published. Whilst he never won a trophy with 1. FC Köln, he did help them to the runners-up spot twice, in 1989 and 1990, whilst his fantastic performances in his final season helped ensure they didn't get relegated.

Illgner became a national hero in 1990 when his superb performances for Die Mannschaft helped West Germany win the World Cup at Italia '90, despite him being only 23 years old, incredibly young for the goalkeeper of a major national team.

Another quality German goalkeeper of the 1980s and 1990s who would help the national side lift a major trophy. KÃ¶pke had a big rivalry with Bodo Illgner for the national team's jersey, so having been an unused squad player when West Germany and Illgner won the World Cup at Italia '90, KÃ¶pke had to wait his turn but more than proved his worth at Euro '96, his fine performances giving the German side a great base to build from as they went on to lift the trophy. He'd also contribute with two penalty saves, one in the group game against Italy, and then another in the semi-final penalty shootout against hosts England, famously saving Gareth Southgate's effort.

When Andreas KÃ¶pke retired from the national team in 1998, he had the best rate of all of Germany's international goalkeepers who had made at least 20 appearances.

At club level, KÃ¶pke was best known for his eleven years over two spells with 1.FC Nuremberg, although his performances at Euro '96 resulted in a move abroad, eventually ending up at Marseille after a move to Barcelona fell through at the last minute when they decided to move for VÃ­tor BaÃ­a instead.

Bert Trautmann's life and football career is an incredible story that needs more than a few paragraphs to be told. But, in short, he was a German soldier in World War II who was captured by the British on the Western Front and became a prisoner of war. After the war had finished Trautmann turned down the chance to return to Germany and settled in Lancashire. Having started playing football for St Helens Town in 1948, he'd soon impressed the watching locals enough for Manchester City to make a move for him a year later.

It was a signing that initially started protests and demonstrations amongst fans. However, his performances over the next 15 years would see him win over the fans. As a former handball player back in Germany, Trautmann was was fantastic with his hands, and became renowned for swiftly starting attacks with his accurate throws.

His most famous moment came in the FA Cup Final of 1956, a game that would see Trautmann become part of football folklore, injuring himself badly with 20 minutes to go, he continued to produce important saves to preserve City's lead. Three days after the final an X-ray confirmed that Trautmann had actually broken his neck!

As with many keepers, Lehmann got better with age, having a fine career that would span 24 years, from 1987 to 2011. Lehmann is best known in the UK for his five years at Arsenal, being the keeper during Arsenal's 'Invincibles' season of 2003-04, playing every match of their incredible, unbeaten, title-winning season. However, Lehmann had a highly successful career back in his homeland before making the move to the Premier League.

Lehmann started his career with Schalke 04, playing for the Gelsenkirchen giants for nine years, before a short-lived move to Milan that quickly saw him move back to the Bundesliga, to bitter-rivals Borussia Dortmund. He moved to Arsenal as a 33 year old in 2003. Despite having won the UEFA Cup with Schalke 04 in 1997, and the Bundesliga in 2002 with BVB, Lehmann was relatively unknown in England, and the Gunners fans weren't particularly inspired to see him named as the replacement for outgoing legend David Seaman. However, despite some occasional blips no-one could argue with a keeper that went the whole season unbeaten, and after Lehmann left Arsenal would struggle for a number of years to find a worthy replacement.