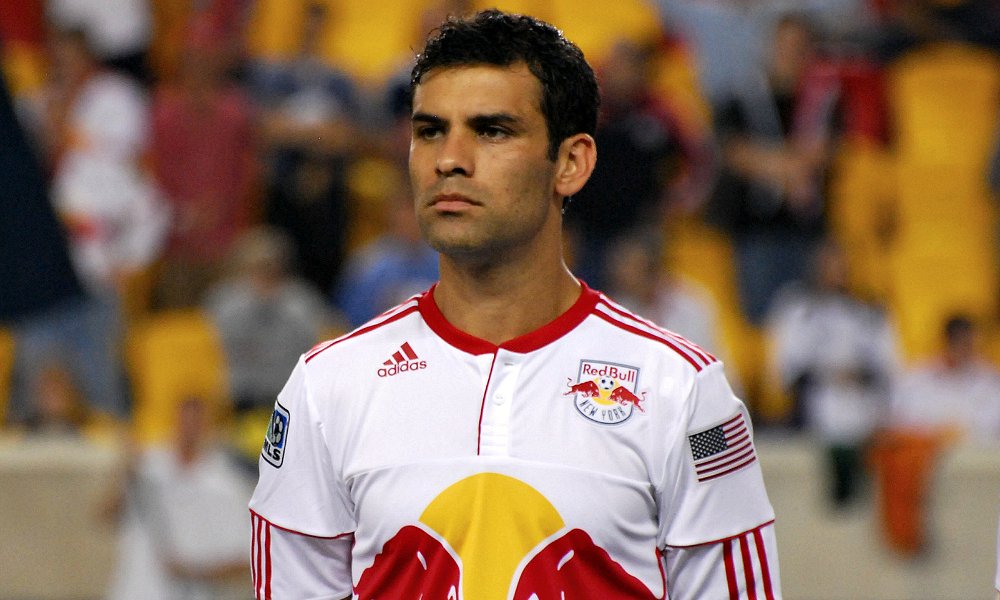 Looking back, we think that we often overlooked Mexico as a football nation when we were growing up. A quick flick through the World Cup Panini album or the pre-tournament edition of World Soccer and we'd be thinking, "Mexico can't be that good, hardly any of their players play in Europe".

What we didn't realise at that stage was just how popular football was in Mexico, how big the Mexican league was domestically, and how passionate and huge the support was over there for some of the club teams. It's no wonder that so many of their players were happy enough staying there in front of such fanatical crowds.

Of course, things are a bit different in the modern era. The big clubs of Europe seem desperate to bring players in at the first sign of any talent, worried to death that they might miss out on players to their rivals, so we're seeing many more Mexican players in the European leagues.

Anyway, that's enough of the reasoning behind why Mexico used to be a bit overlooked, onto their greatest footballers...

Where else can we start but with Mexico's most famous player, Hugo Sánchez.

Whilst Sánchez became renowned for his spectacular goals and equally spectacular celebrations, he had a lot more about his game too. He was a fantastic striker, capable of scoring all types of goals, from all kinds of positions. Tap-ins, headers, one-on-ones, volleys, long-range screamers, and, of course, overhead kicks. Sánchez could do the lot.

He had phenomenal scoring records for all of his clubs, from his early days in the late 1970s as a teenager with UNAM, to his move to Europe with Atlético Madrid, and then through to the club with which he's most associated, Real Madrid, he scored goals wherever he went. Lots of goals.

Hugo Sánchez is still the fourth highest scorer in the history of La Liga, and the third highest scoring foreign player after Lionel Messi and Cristiano Ronaldo.

Anyone who saw Rafael Márquez play in his prime will know why he became known as "the Kaiser of Michoacan". Brimming with confidence, elegant on the ball, winning tackles and headers, and a real leader, he was one of the world's finest centre-backs in the 2000s.

Having transferred from Atlas to Monaco as a twenty year-old, it was no surprise that Barcelona made a move for him after four great season in the principality in which he won Ligue 1 and was also named as the league's best defender. He would go onto to play at Barcelona for seven years and became the first Mexican to win the Champions League before eventually leaving and signing for New York Red Bulls.

At international level Márquez is the third most-capped player for the national team, having played 147 times for El Tri. At the 2018 World Cup in Russia, Márquez became the fourth player in history to play in five consecutive World Cups, having first played in the 2002 tournament (the others being fellow Mexican Antonio Carbajal, Lothar Matthäus and Gianluigi Buffon).

What a character! Whilst Jorge Campos almost became more famous for his eccentricity and trademark self-designed shirts, than for his actual goalkeeping, let's not forget what a great player he was. You simply don't get to play for your national team 130 times over a thirteen year period unless you've got some real quality about your game.

Campos is best known for his nine years with UNAM split over three periods. When he first joined the club as a 22 year old he was unable to displace the existing no.1 keeper, Adolfo Ríos, but rather than wait for his opportunity between the sticks he asked to get some game-time as a striker. Incredibly, he scored fourteen goals before being handed the goalkeepers jersey! He continued to be used as an occasional striker if the regular forwards weren't scoring, whilst his natural ability with the ball at his feet saw him become one of the game's first genuine sweeper keepers.

"Tota" was a club legend of León, having been the goalkeeper for Los Panzas Verdes for sixteen years in the 1950s and 1960s. However, it's for the national team with which he became most famous, becoming the first footballer in history to play in five consecutive World Cup tournaments: 1950 World Cup, 1954 World Cup, 1958 World Cup, 1962 World Cup and 1966 World Cup.

The big striker is the second highest goalscorer of all-time in the top flight of the Mexican football league, with only Brazilian Cabinho ahead of him. In the 1980s he played for Club América, forming a great partnership with Luis Roberto Alves (a.k.a. "Zaguinho") for a number of years, particularly 1988-89 when they scored 43 goals on the way to winning the Primera División title.

Having failed to settle in Europe at Belgian club Standard Liège, Hermosillo returned to Mexico in the early 1990s, playing for a single season with Monterrey before seven years with Cruz Azul.

He has one of our favourite player nicknames, one that does exactly what it says on the tin: "El Grandote de Cerro Azul" (the big tall one from Cerro Azul)!