Up there as one of the greatest full-backs of all-time, Cafu was a tremendous attacking full-back, renowned for his speed, attacking style and dynamism. He first came to attention at São Paulo in the early 90s, coming third in the South American Footballer of the Year award in 1993 before winning it the following year. He would also pick up a World Cup winners medal in the same year, and whilst he was used sparingly during the tournament, making just two brief substitute appearances, he did play in the majority of the final itself, coming on as substitute for the injured Jorginho only 21 minutes after the kick-off.

A brief, unsuccessful move to Zaragoza ended with a move back to Brazil, and Palmeiras, before Roma tempted him back to Europe in 1997. He would enjoy a great six years in the Italian capital, helping the club win won its first Scudetto since 1982-83.

Right up there with the greatest defenders of all-time, Lillian Thuram was a fantastic all-round defender whose strength, speed, stamina and intelligence meant he was comfortable playing anywhere across the back four, although it was as a right back for which he's probably best remembered, starring in the role for France as they won both the 1998 World Cup and the 2000 European Championships.

Thuram's longevity playing at the highest level also made him a standout player, retiring aged 36 whilst still playing for Barcelona and France, and ending his international career with 142 caps, a record that still stands.

A legend of both Inter and Italy, Giuseppe Bergomi is quite rightly regarded as one of the country's greatest ever defenders. And in a nation that appreciates stopping goals almost as much as scoring them, that's no mean feat.

Bergomi was a great all-round defender, but his athleticism, stamina and pace made him ideally suited to the full-back role that he made his own. Whilst he may not have had the attacking flair of some other great full-backs of the time, such as Júnior, his work-rate, reliability and consistency was almost unmatched. He was also tenacious and deceptively hard too, renowned for his man-marking ability and fierce determination in one-on-ones.

His form for Inter saw The 19 year-old Bergomi named in the Azzuri's squad for the 1982 World Cup. He would start the tournament as a substitute but ended it as the first choice right-back, doing a great job in the final of nullifying one of West Germany's main attacking threats, Pierre Littbarski. He would go onto to play at four World Cup tournaments, becoming the subject of one of the great pieces of football trivia with the fact that he never actually played in a World Cup qualifier.

Later in his career, in the mid 1990s, Bergomi would move to a more central defensive role, often on the right-side of a defensive three, or sometimes as sweeper, his age meaning he was more suited to those roles than the 90-minute rigours of constantly patrolling up and down the right flank.

Incredibly, his time at Inter would see him win only one Serie A title, in the 1988-89 season, and only one Coppa Italia triumph, in 1982, although he did help the club claim three UEFA Cup titles in the 1990s.

Another fantastically versatile Italian player, Zambrotta spent a large part of his early career as a winger or wide midfielder, able to operate effectively on either flank.

It was only after the 2002 World Cup, where he'd played as a right-sided midfielder for Giovanni Trapattoni's Azzuri team, that he was moved to full-back at club level by Juventus manager Marcello Lippi. Lippi deployed Zambrotta as a left-back to start with, before switching him to right-back. His background as a winger obviously gave him fantastic attacking attributes in the role, and he soon started to become known as one of the world's finest attacking fullbacks. His reputation and a place in football history was sealed when he was part of that fantastic Italian defence that helped the Azzurri to World Cup glory in 2006.

As well as his obvious attacking talent, Zambrotta was also extremely strong defensively, with a tenacious style and a hard-working, determined character that made him a really tough opponent for anyone who faced him. 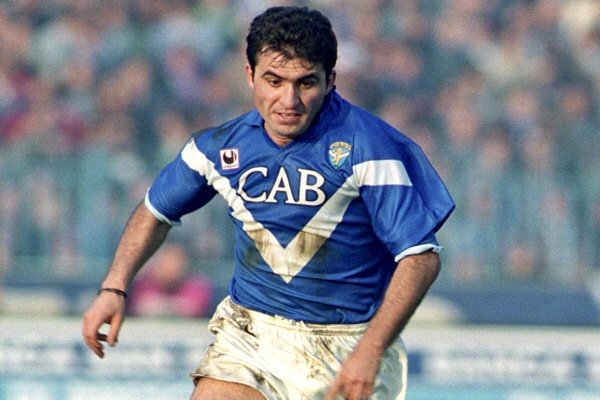