Whilst the 1970s had seen a plethora of maverick talent gracing the English league, the 1980s was the opposite, which is why the elegant style of Glenn Hoddle made him stand out like a sore thumb. We often wax-lyrical about how left-footed footballers seem to hit the ball more sweetly than their right-footed counterparts, yet here was a right-footed player whose touch almost made him look like he was caressing the ball. A number of spectacularly beautiful goals and a reputation for lazer-guided passes and deft touches propelled him to the forefront of English football and a growing clamour ensued for him to be a regular member of the national team. However, as has often been the case with creative English footballers, national team managers Ron Greenwood and Bobby Robson both struggled to get the best out of him in their systems. One manager who did though, was Arsène Wenger. Having just been installed as the new manager of Monaco, Wenger made Hoddle one of his first signings, taking the 30 year-old to the south of France on a free transfer. It would prove to be an absolute masterstroke by Wenger for both Monaco and Hoddle. As the creative fulcrum of the team, Hoddle was a revelation in France, playing with the sort of freedom that many England fans over the years had been screaming out for. His assists and eight Ligue 1 goals saw him named as the Foreign Player of the Year as he inspired his new team to the Ligie 1 title. The stylish performances and assists kept coming in his second season in France but now he added more goals to his game too. Playing in a more advanced creative role he scored an incredible 18 Ligue 1 goals in just 32 matches, finishing as the league's second highest scorer, with only Marseille's Jean-Pierre Papin ahead of him. Sadly, having set the league alight for two years with his creativity and goals, Hoddle's time at the club came to an abrupt end as a serious knee injury meant that he only played three more games for the club. Hoddle left France with not only a Ligue 1 winners medal, but also with the knowledge that he'd helped change the perception of English footballers in France. So, after the success of an ageing Hoodle, it was then no real surprise that Marseille were so keen to sign one of his former team-mates, Chris Waddle, and that the winger would also have such a successful time in the south of France. 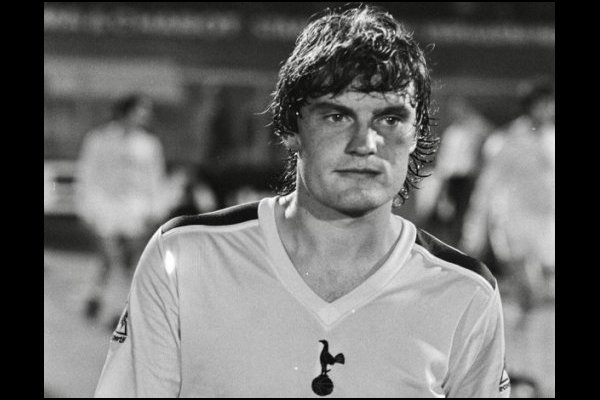