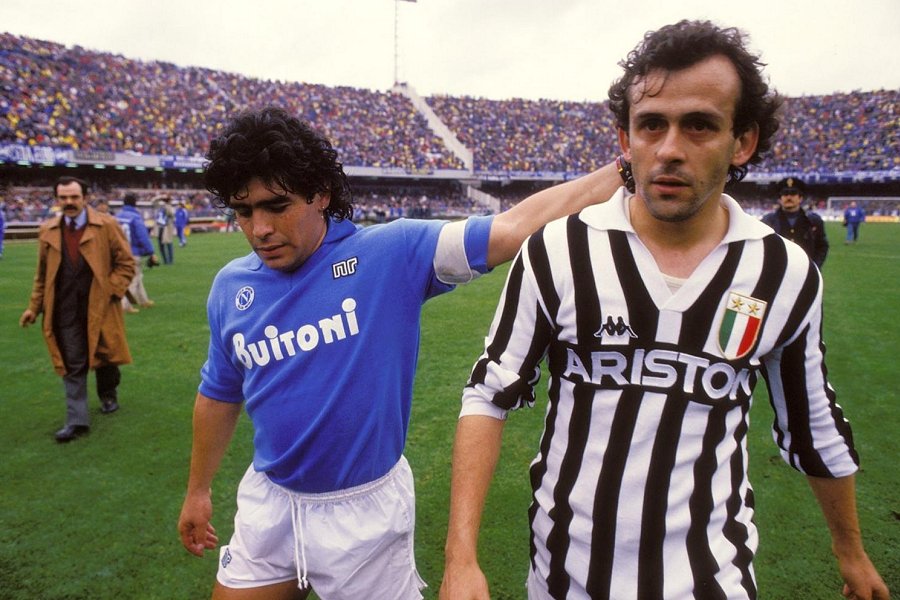 The sheer amount of iconic Maradona moments tells the story.

Platini was also one of football's greatest penalty takers, his coolness under pressure from the twelve yard spot made him the perfect candidate when the occasion needed it. 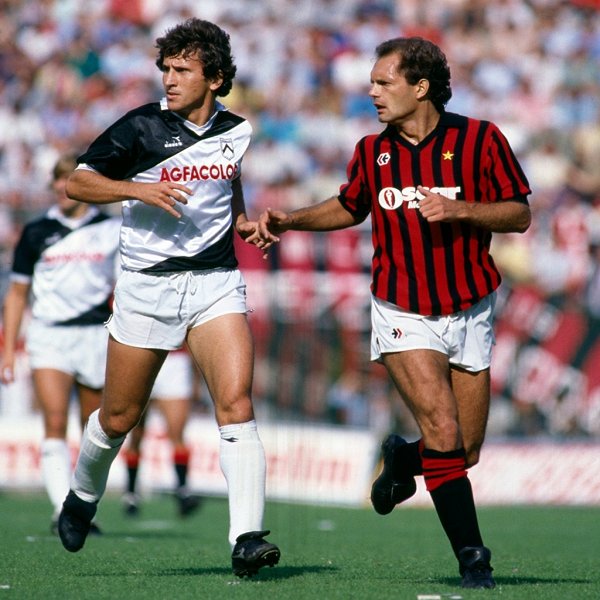 Whilst South America was already well aware of Zico's talents in the 1970s (he'd been named runner-up in the South American Footballer of the Year in 1976, and then won it in 1977), it was the 1980s when the Brazilian's phenomenal talents really came to prominence to the rest of the world.

A product of Flamengo's youth-system, Zico helped propel the cub to the best period in its history in the 1980s, winning three Campeonato Brasileiro SÃ©rie A titles, the Copa Libertadores and then famously demolishing Liverpool to win the 1981 Intercontinental Cup.

It was with Brazil though, for which Zico became best known to a whole generation of football fanatics, and his part in that fabulous 1982 World Cup team. In those three weeks Zico showcased his entire array of playmaking talents. Deadly free-kicks, pinpoint long-range passing, defence-splitting through balls, incredible dribbling, combination play, inventive flicks and dummies. It was so creative, so imaginative, so beautiful that you were desperate to get outside and try it yourself. And there can be no greater compliment to pay to a footballer than youngsters desperately wanting to imitate them.

One of the greatest ever Italian playmakers, Antognoni's range of skills meant he was capable of playing either in an advanced role as a traditional number 10, or further back, as a deep-lying playmaker.

Whilst Liam Brady is best remembered in England for his seven years at Arsenal in the 1970s, we're also including him in the 1980s playmakers list because of his time in Italy. As is often the case with the British media, once he'd left these islands it was almost as if he'd stopped playing football, as hardly anything was heard about him in the mainstream newspapers, but for those of us reading the likes of World Soccer and avidly following the European competitions and Serie A, we were well aware of how well he was doing over in Italy.

Brady's elegance on the ball in the hustle and bustle of the English game had made him stand out more than any other midfielder in the late 1970s, and he was on the radar of a number of Italian clubs as Serie A decided to open itself up once again to foreign signings at the end of the decade. Juventues scout Gigi Peronace was one of those who'd been impressed with the Irish midfielder's fantastic vision and passing range, and his performances against the Turin giants in the semi-finals of the 1979-80 UEFA Cup Winners Cup sealed his move to the club. He would also go onto play for Sampdoria, Inter and Ascoli in Italy, before returning to England for a career swansong at West Ham United.

The 1980 European Championships were the first Euros that CF Classics can really remember, and whilst it wasn't the best tournament, with small crowds and trouble on the terraces, it was worth watching just to see a couple of young midfield playmakers showcasing their talents. Given that we'd been led to believe that West Germany's style would be all functional and practical rather than flair and imagination, it came as something of a surprise that the two players in question were German, one being the dark-haired Hansi Muller and the other, with a mop of blond hair, Bernd Schuster. Unfortunately, it would be the highlight of both their international careers. Yet, whilst Muller would struggle to recapture that form at club level, Schuster would go on to have a stellar career in Spain with all of the big three LA Liga clubs; Barcelona, Real Madrid and Atlético Madrid.

Belloumi's probably not as well known as many other great players of his era because Algeria had a law at the time that forbade any player from leaving the country before the age of 27. So, despite interest in 1981 from a number of huge European clubs, including Barcelona, Belloumi had to reman in his homeland, playing for GCR Mascara. Whilst that ruling meant that we missed out on seeing him grace European football competitions, we were lucky enough to see him at Espanaâ€™82, immediately wondering who on earth this player was, and why weâ€™d never heard of him before. Forming a fine attacking trident along with Salah Assad and Rabah Madjer they would have gone through the group stages if it wasn't for the events at the last match between West Germany and Austria, which became known as the Disgrace of GijÃ³n.

You can find more information and detail on some of these great playmakers and number 10s on our football player profiles section, and please feel free to contact us if you feel like we've missed someone out who you think deserves to be on the list.