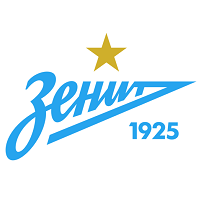 Europe's second-tier club competition was founded in the 1971-72 season as the UEFA Cup.

Up until 1997, the European Cup/Champions League had only been open to the winners of Europe's domestic leagues, so runners-up, along with third and fourth placed teams from highly ranked leagues, all went into the UEFA Cup, arguably making it harder to win than the European Cup. However, from 1997 onwards, the expansion of the Champions League resulted in lower ranking teams entering the UEFA Cup.

What we love about the UEFA Cup is the range of teams that have won or reached the finals over the years. Not only does it have giant European Cup Winners such as Bayern Munich, Real Madrid, Liverpool and Juventus, but there are also smaller clubs like Bastia, who have only once made the list of their domestic Coupe de France winners table, Ipswich Town, FC Twente and Casino Salzburg amongst the UEFA Cup winners and runners-up.