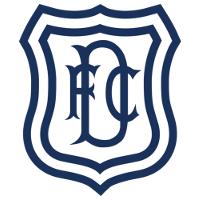 The 1980s was a vintage decade for Scottish football. Not only did Aberdeen and Dundee Utd excel in Europe, they managed to do something in the domestic league that's not been done since - win it.

One quick glance at our Scottish football league winners graphic is enough to understand just how much the big two Glasgow giants, Celtic and Rangers, have dominated the Scottish football league. It's a similar situation to the two-club domination of other countries such as Peñarol and Nacional completely lording it over all of the other clubs in the Uruguay Football League winners table. It's a shame as there are some other fine clubs, such as the aforementioned Aberdeen and Dundee Utd, as well as the two Edinburgh clubs, Hibernian and Hearts, but for the time being their success is limited to the occasional triumph in the Scottish Cup, rather than a Scottish league title.