The Most Iconic Maradona Moments

When it comes to iconic footballing moments, not many players cam compete with Diego Maradona for both quality or quantity. As you'd expect from a player whose career spanned over three separate decades, from his early days in the 1970s starting out Argentinos Juniors and the national team, to becoming one of the greatest playmakers of the 1980s, and then through to the winding down of his playing career in the 1990s, there are plenty of incredibly memorable moments to choose from.

As the World Cup cicrus rolled into the United States in 1994, Maradona was now 33 and at his sixth club, Newell's Old Boys. He'd only played a handful of games for La Lepra and the general consensus was that his career was pretty much over. However, he turned the clocks back with the magnificent strike against Greece in their opening match in Group D, followed by the manic celebration in front of the pitchside TV camera. Unfortunately, that wasn't the end of the story. A failed drug test meant that Maradona was subsequently banned from USA '94 and never played for the national team again after the tournament had finished.

There were plenty of iconic moments during the Mexico '86 World Cup tournament but probably less so in the final itself when Argentina actually won the World Cup. However, this is one moment that we always think is really underrated. Having been two-nil up and seemingly coasting, Argentina suddenly found themselves staring possible defeat in the face as goals from Karl-Heinz Rummenigge and Rudi Völler pegged them back to 2:2. Step forward Maradona. The German midfielder Lothar Matthäus had done a sterling job of marking Maradona throughout the game, preventing him getting into any of his dangerous runs, something no-one else had managed to do during the tournament. Yet Maradona showed that he wasn't just devastating running with the ball as a he pounced upon a bouncing ball in the centre circle and stabbed a fantastic through ball for Jorge Burruchaga to run onto and slot past Harald Schumacher. 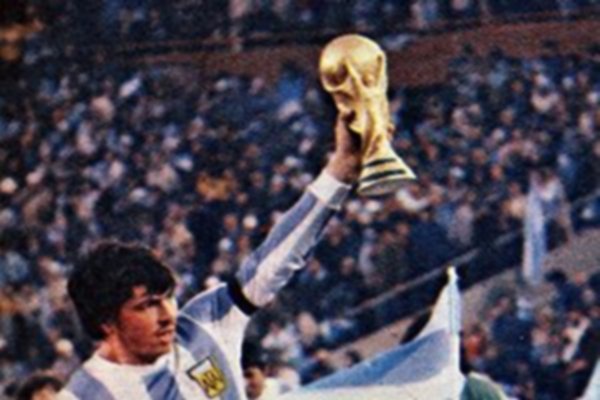