Cult Heroes of Serie A

A look at some of our favourite cult footballers from Serie A over the years. And remember, a cult footballer doesn't mean the greatest. It refers to players who were often a bit quirky, a bit different, went against the grain, yet still loved by fans of the teams they played for.

The Italian striker with the German surname and ancestry, along with a great nickname - Il Bisonte (the Bison), became a cult figure in Italian football through the 1990s and into the 2000s.

With his solid frame, mass of black-curly hair, matching goatee, and a father who'd openly bring him cigarettes and home-made grappa to the training ground to help fuel his 20 Marlboro-a-day habit, Dario Hübner was a memorable sight at Serie A, B and C grounds. And whilst he may not have been as technically gifted as some of Italian fottblall's superstars of that period, Hübner could be a real handful to play against and certainly knew where the back of the net was.

He first came to prominence in 1991-92 at Fano Calcio, finishing as the top-scorer in Serie C with 14 goals. This lead to a move to Serie B club Cesena where he'd spend the next five seasons banging the goals in for the Seahorses, including his 22 goals in 1995-96 which made him Serie B's top scorer. Hübner's goals for Cesena meant that he would earn a transfer up into Serie A for the first time, signing for Brescia in 1997 and then averaging well over a goal every other game during the next four seasons as he plundered 85 goals in 145 matches for the northen club. Yet it was at his next club, Piacenza, that he became only the second player in Italian football history to top the scoring charts of all three divisions his 24 goals in Serie A's 2001-02 season saw him named Capocannoniere alongside David Trezeguet. He carried on playing in the lower leagues until he was 44.

Igor Protti became a cult player in the 1990s when he rose from nowhere to suddenly top the Serie A goal-scoring table before dropping out of the charts even quicker than he'd risen!

Having worked his way up the leagues from Serie C1 and Serie B with the likes of Rimini, Livorno and Messina, Protti finally found himself in Serie A in 1994 having helped Bari achieve promotion. Whilst his first season in Italy's top-flight may have been somewhat inauspicious, his second, 1995-96, was nothing short of phenomenal, with his rugged features and straggly hair, he became a well known sight as he smashed in goals galore, starting the season as he meant to go on with a goal against Napoli after just three minutes, and continuing right through the season to a late goal against Juventus on the final day. His 24 goals in just 33 matches meant he was the Serie A top-scorer along with Lazio's Giuseppe Signori. Incredibly, despite Protti's goalscoring heroics Bari suffered relegation back down to Serie B.

Protti's incredible season resulted in a big money move to Lazio, but his goal-scoring stats immediately dropped down to his pre-1995 levels and would stay that way until a remarkable career swansong with Livorno. Joining the west-coast club as they languished in the lower reaches of Serie C1, he would immiediately start to find the back of the net again and topped the league's goalscoring charts in both 2000-01 and 2001-02, the latter season seeing the club promoted to Serie B as champions. Protti then had two great seasons in Serie B; in their first season back in the second-tier he was the league's highest goalscorer and became the first player to have top-scored in Italy's three highest football leagues, And Protti would elevate himself to legendary status with Livorno in the following season, captaining the side and forming a lethal strike partnership with Cristiano Lucarelli as the pair scored 54 goals to fire Livorno back into Serie A. Protti, now aged 37, would score a respectable six goals in 27 appearances for the club as they finished in a fantastic ninth place in their first Serie A season for over 50 years. Protti would then retire at the end of the season. It was a mark of the man that Livorno wanted to retire his number 10 shirt but during the award ceremony, Protti asked them not to retire as he wanted "to give anybody back the dream to dress it one day". 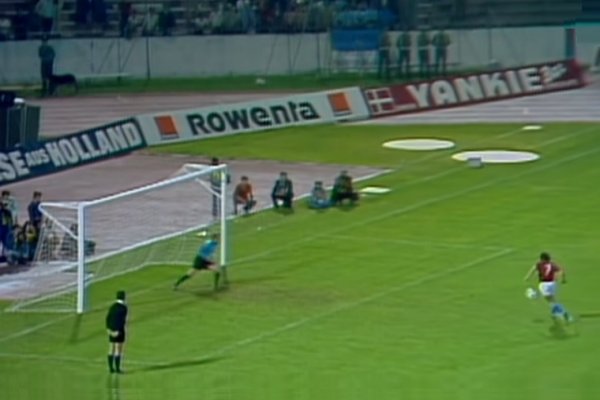