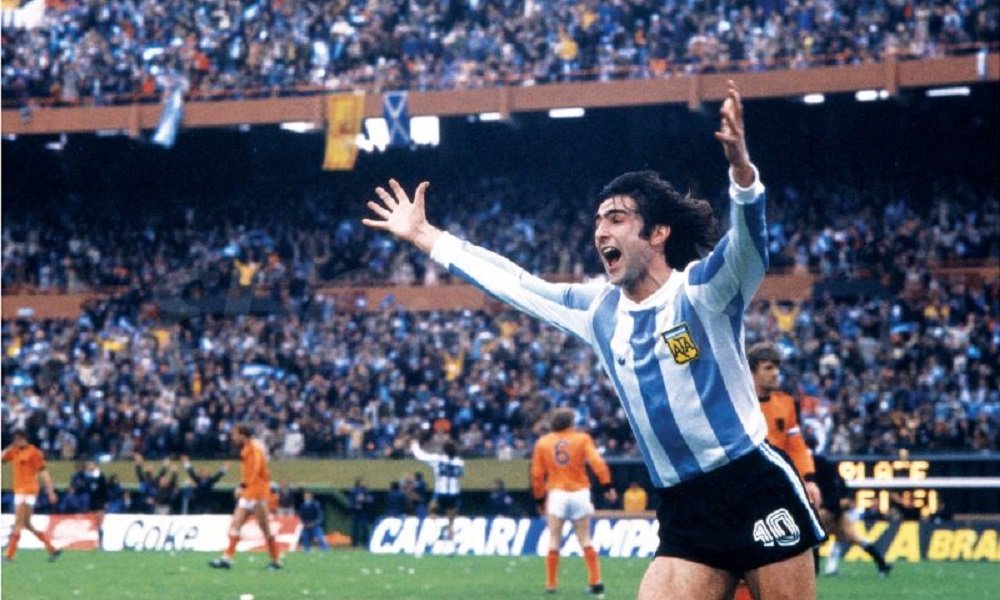 Born in Bell Ville, a town in the north of Argentina that, fittingly, is known as "the national capital of the football", because one of it's main industries is manufacturing footballs. Kempes started his youth career with local club Instituto Atlético Central Córdoba, and by 1970, as a sixteen year old, his goals at youth-level were forcing him into the club's first team plans, and he started training with the main squad.

Another product of Instituto's youth system, Osvaldo Ardiles, would also make the step up to the first team, and both players would be transferred after impressing in the first team in the 1973 season, Kempes scoring eleven goals in just thirteen games. Whilst Ardiles would stay in Córdoba with a move to Club Atlético Belgrano, Kempes would move east to Rosario Central. His goals, 85 in just three seasons, would light up the Estadio Gigante de Arroyito, and he would become a huge hero amongst the fans of the Canallas. But it wasn't just his goals, Kempes had a real attacking verve about him. Yes, he had a fantastic goalscoring rate, but he wasn't just a goal-poacher, he loved to drop back and pick the ball up before making surging runs into the box. He was hard-working too, with work-rate and strength to go with his skill and shooting ability. All of these attributes made him immensely popular at Rosario Central, but also meant that he was starting to be noticed by wealthier clubs and by scouts from other leagues.

So, it was no suprise to see Kempes move to Europe in 1976, although his destination raised some eyebrows. He moved to Spain, which wasn't a surprise, but it was expected that one of the country's two giants, Real Madrid and Barcelona, would make a move for him, and not Valencia, which is where Kempes went to. Valencia had won La Liga at the start of the 1970s and then been runners-up, but had subsequently been struggling and languishing in mid-table over the following seasons. The signing of Kempes made an immediate impact though, winning the Pichichi award in his first two seasons as La Liga's top scorer and helping the club to rise up the league to seventh in his first season of 1976-77, and then fourth in 1977-78.

So, Kempes would head to the 1978 World Cup back in his homeland full of confidence. Or would he? The coach of La Albiceleste, César Luis Menotti, had announced that he would only be picking players based in Argentina's domestic league. However, such was the form that Kempes had displayed in Spain that Menotti eventually made an exception and Kempes was named in the twenty-two man squad, the only overseas player to do so. There were plenty of other side-stories around the 1978 World Cup, many of them political, but, on the pitch, there was no denying who was the star man for the host nation - Mario Kempes. Things started slowly though for Kempes in the group stages though. Menotti had decided to deploy Kempes in an attacking midfielder role, with River Plate's Leopoldo Luque getting the nod as the centre-forward. Menotti wanted to play a slick, attacking brand of football and decided that having Kempes making his darting runs from a deeper position would suit their style more than having him as the last man. Kempes was reunited with his old team-mate from his Instituto days, Osvaldo Ardiles, who was given the central midfield berth, and there were also places for the dangerous wingers, René Houseman and José Daniel Valencia.

Despite winning both of their opening matches 2:1, against Hungary and France, Kempes was yet to score. A defeat to Italy in the final game of the group meant that although they qualified for the second round, it was Italy who topped the group. That meant that Italy went into an all European group, against reigning champions West Germany, the Netherlands, who'd finished as runners-up in the 1974 World Cup but were now Cruyff-less, and an Austrian side who'd finished ahead of Brazil in Group 3. Kempes and Argentina found themselves amongst much more familiar opposition in their second-round group, with fellow South American giants Brazil, Peru and a dangerous Polish side that were looking to continue where they'd left off after impressing so much at the 1974 World Cup.

Kempes would take the second-round by storm, and it was fitting that all three of Argentina's matches would take place on Kempes' old stomping ground, the atmospheric Estadio Gigante de Arroyito of Rosario Central. In the opening second-round match against Poland, Kempes was moved to centre-forward as Luque was still missing with an arm injury, and he scored twice to put them in a great position. With Luque fit again, Kempes reverted to an attacking midfielder role for the next match against arch-rivals Brazil. A goalless draw set things up for an incredible group finale, as the decision not to have semi-finals meant that whoever topped the group went through to the final. As Brazil had beaten Peru 3:0 in their opening game it meant that Argentina had to better Brazil's score in the final match. Argentina were up against Peru, whilst Brazil were playing Poland. Argentina went goal crazy, Kempes and Luque both grabbing braces alongside goals from Houseman and Tarantini as the home nation edged through to the final.

Because Kempes played as a more conventional forward for much of his career, he's not amongst the first players that automatically spring to mind when thinking of the greatest Argentinian Number 10s, even the reason for Kempes having number 10 on his shirt was accidental - Argentina had numbered their squad alphabetically! However, Menotti's decision to play Kempes as an attacking midfielder had proved inspired, and, whilst the 1986 World Cup-winning Argentinian team is mainly remembered because of the genius of Maradona, Argentina's team of 1978, and especially Mario Kempes, will always have a special place in their nation's football history because it was their first, and it was done on home soil.

Whilst Kempes would never claim a Spanish league title with Valencia, he would win the Copa del Rey in 1979 after his brace of goals secured a 2:0 victory over Real Madrid, and he would win a major European trophy in 1980 when Valencia beat Arsenal in the UEFA Cup Winners Cup final. 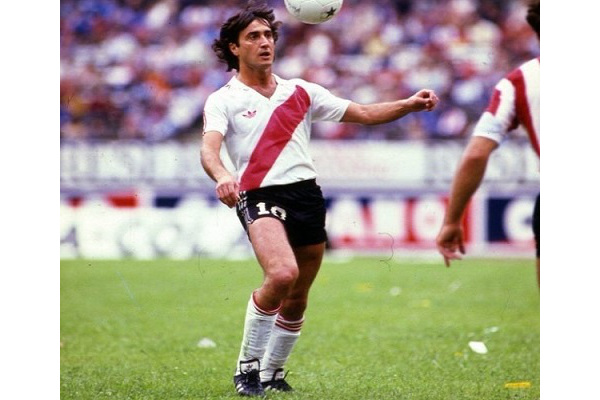