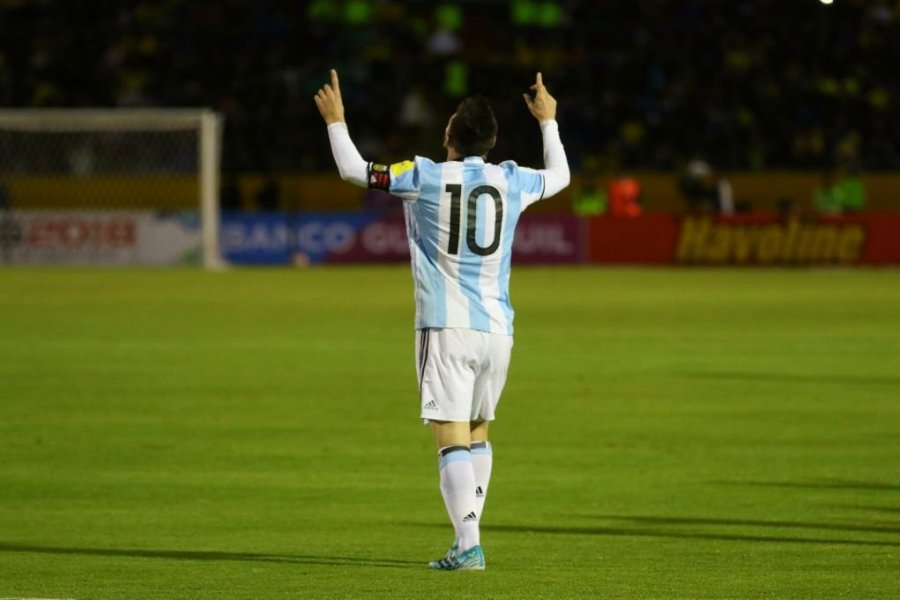 Just four years after Maradona's playing career ended, another incredible Argentine talent was unearthed, and he too would be signed by Spanish giants Barcelona. Yet Messi's move to the Nou Camp was a lot different to Diego Maradona's. He'd been with Newell's Old Boys since he was a six-year old but never got the chance to get near their first team as the Catalan club snapped him up whilst he was still only thirteen. As a youngster in Argentina, he'd played the classic no.10 enganche role behind the strikers, whereas in Spain he started his career as a left-winger. It wasn't hard to see why a coach would play Messi on the wing - his dribbling and close control were phenomenal, particularly when running at speed, the ball seemingly stuck to his left foot in the same way it did with Maradona. Indeed, later on, when Pep Guardiola was in charge at Barcelona he said, "Messi is the only player who runs faster with the ball than he does without it".

As Messi's career progressed he was moved to different positions by the various managers who coached him; Frank Rijkaard played him on the right-wing so that he could cut inside and shoot with his left foot, rather than crossing for a team-mate, Pep Guardiola played him as a false 9, Luis Enrique often deployed him deeper as a playmaker. And Ernesto Valverde played him everywhere!

The common factor was that all of his managers realised that Messi was clever enough, and talented enough, to play in any attacking role. And they all knew that they needed to get him on the ball as often as possible. His game was no longer just about dribbling - his link-up play, vision, ability to thread a through ball that no-one else could do, or even see, were just second to none. And to top it all, his goalscoring rate was just off the scale. Between 2009 and 2019 Messi won the Pichichi award and the European football Golden Shoe award six times out of ten, incredible stats for a player who wasn't always playing as an out-and-out striker.

People will inevitably argue the toss about who was better, Messi or Maradona, but both will go down in history as two of the greatest players to ever wear the number 10 shirt.