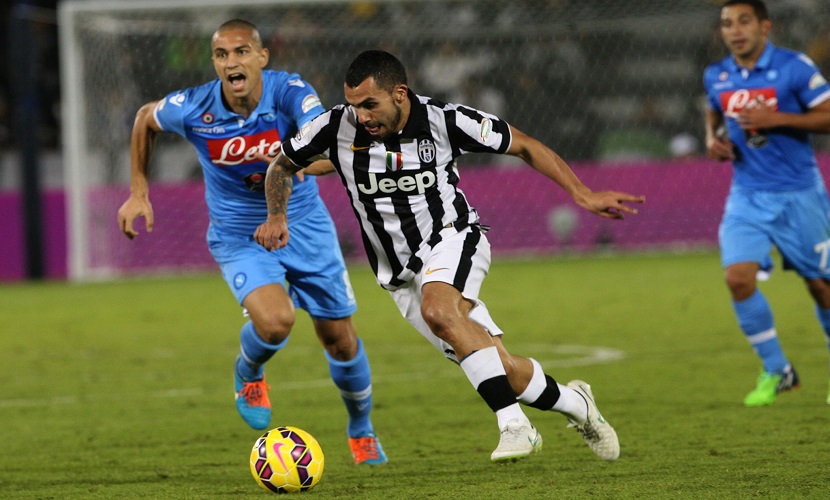 Carlos Tevez was born in Ciudadela near Buenos Aires, in the tough neighbourhood of Ejército de Los Andes, which, in the 1980s, was given the tag "Fuerte Apache" (Fort Apache). It was this name which gave rise to Tevez's own nickname, El Apache.

Tevez started his career as a youngster with Club Atlético All Boys before joining the youth system of Boca Juniors. He made his league debut for the first team as a seventeen-year-old in the Apertura tournament of the 2001-02 season. Whilst he only scored one goal in eleven appearances in that debut season, it set him up nicely for what to expect playing professional football, and the following season he exploded onto the scene, scoring 16 goals in all competitions. With his tough upbringing, all-action style, and, of course, the fact that he was playing for Boca Juniors, it was inevitable that the press would start likening Tevez to Diego Maradona, and he was soon joining the list of other young talents who'd been labelled as the New Maradona. Was Tevez good enough to lift his team as the old master had done? Well, Tevez did his bit as Boca beat Santos 5:1 on aggregate to win the Copa Libertadores, scoring in the second leg and being named the competition's best player. Carlos Tevez had well and truly announced himself on the big stage.

As Tevez and Boca looked to retain their Copa Libertadores title in 2004, they were drawn against arch-rivals River Plate at the semi-final stage. Having won the first leg 1:0 at La Bombenera, Boca went into the 2nd Leg at River's El Monumental stadium knowing that a draw would take them through to the final. With two minutes to go, River Plate were leading 1:0 and it looked like the match would go to penalties. An incredible few minutes followed though, in which Tevez would showcase both sides of his fiery footballing character. First of all, he grabbed an equalizer, which looked like it had sent Boca through, but then he immediately got sent off for celebrating the goal with a ‘chicken dance', mocking River Plate with his reference to ‘Gallinas' ('chickens'), an insult given by other Argentinian fans for River's habit of choking late on. With Boca down to ten men, and El Monumental going absolutely crazy with rage, River immediately took advantage of their extra player and went ahead again, forcing the game to penalties. This time though, Boca managed to keep their composure and their heads in the maelstrom, winning the penalty shootout 5:4. After the drama of the semi-final, the final itself was a disappointment though. Tevez missed the first leg because of his red card in the semi-final, and Boca missed their young star as the game against Colombian side Once Caldas ended goalless. The second leg in Colombia was drawn 1:1, and Once Caldas won on penalties as Boca contrived to miss all four of their attempts. Despite the loss, Tevez was again named Player of the Year in Argentina, adding the 2004 accolade to the one he'd won in 2003.

With Tevez's stock on the rise, a big-money transfer away from Boca Juniors in 2005 wasn't entirely unexpected, but the eventual destination certainly was. Whilst South American clubs had become used to making money by selling their top players to the rich European leagues, Brazilian giants Corinthians pulled off a real shock when they announced that they'd done a deal to bring in one of Argentina's most exciting talents. The man behind the deal was the Iranian-born businessman Kia Joorabchian. Joorabchian had founded Media Sports Investments and formed a partnership with Corinthians, his investment in the São Paulo club helping to fund major signings such as Tevez and Javier Mascherano. The deal for Tevez alone was reported to total over $20 million, the sort of figure which was unheard of at the time between South American clubs. The move paid immediate dividends for both Corinthians and Tevez as they edged out Internacional to claim the 2005 Campeonato Brasileiro Série A title, Tevez captained the team, was third in the goalscoring charts with twenty goals and was named the league's best player.

Having proved that he could perform away from Argentina, the next step was for Tevez to try and show that he could transfer his talents over to Europe. At the time, most Argentinian players moved to clubs in either Italy or Spain, where the football, lifestyle, and even weather, weren't such a culture shock as a move to England would be. Ossie Ardiles and Ricky Villa had impressed back in the late 1970s and 1980s following their move to Tottenham Hotspur, but since then Argentinian success-stories in England were few and far between. Even hugely talented, established stars, such as Juan Sebastián Verón and Hernán Crespo, had struggled to settle in the Premier League and make an impact. So it was another big shock to see Tevez and Mascherano move to England and sign for West Ham United, although maybe not a huge surprise to those in the know, as Joorabchian had previously been linked with a takeover of West Ham United, so knew the club well.

Tevez's time in England was nothing if not eventful! Things actually started quietly for the Argentinian at West Ham United though. After making his debut in September of the 2006-07 season, the Hammers went on a dreadful run of games through autumn and into winter that saw them lose eight matches and go seven matches on the bounce without even scoring. Despite Tevez not scoring during this period, the feeling was that he was playing quite well and looking dangerous. However, there were already early signs of his fiery character - having been substituted in a League Cup tie, Tevez threw a strop and left the stadium early. His team-mates, keen to include him in any classic acts of British footballing banter, told him to donate some of his wages to charity and train in a Brazil shirt. Tevez point blank refused to do the latter! Following the appointment of Alan Curbishley as manager in December, West Ham United and Tevez underwent a remarkable change of form in the second half of the season. Having looked nailed on for relegation, they won seven out of their last nine games to complete a great escape, and the form of Tevez was a huge part of it. The fans acknowledged his contribution when they named Tevez as the club's annual Hammer of the Year, the Argentinian winning the award with 85% of the votes. 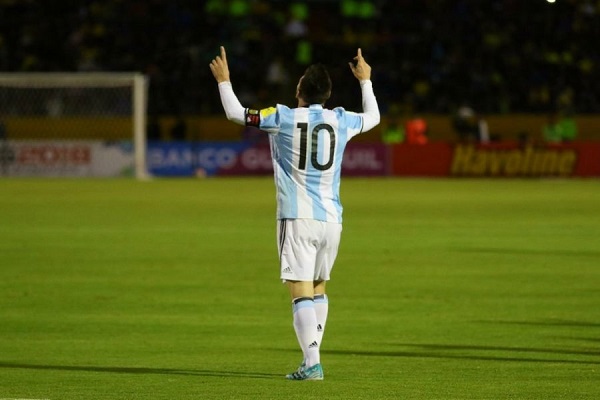