Espana '82 holds a special place in the hearts of C.F. Classics. Whilst we can remember quite a few things about Argentina '78, Espana '82 is the first World Cup that we can vividly remember almost everything! For starters, it was the first of the Panini World Cup albums that everyone at school was really into, with school days turning into a frenzy of swapping and using your tuck-shop money to try and get even more stickers. The remainder of the school day was torture, waiting for the final bell to ring so that you could rushing home to catch the afternoon kick-off, then quickly have some tea and a quick kickabout before watching the evening match. And this was all done in a blaze of sunshine, both at home and in Spain.

Espana '82 had a beautiful logo. Made up of an adidas Telstar-style football, and a Spanish flag merging into it, it gave the impression that it had been hit with the force of one of Eder's free-kicks.

Italian striker Paolo Rossi claimed the Golden Boot award, scoring six goals in the tournament. It was a remarkable feat for a player who'd only just returned to football having been banned for two years in Italy for the Totonero betting scandal. 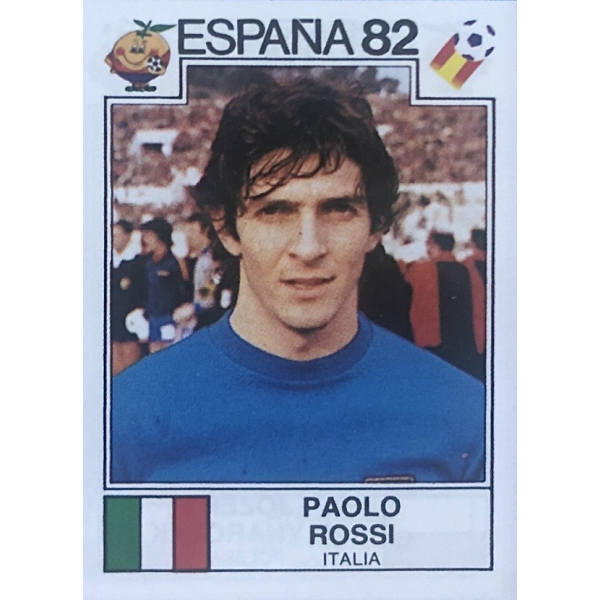 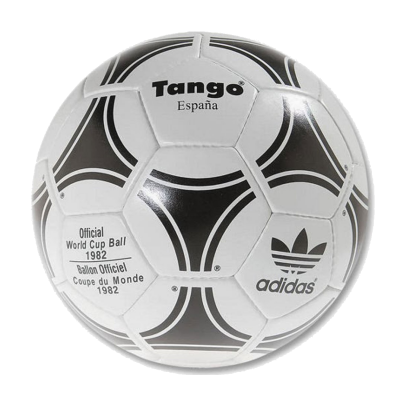 Look at that. Just look at that! An object of pure beauty.

Ok, so whilst there are undoubtedly some great players in that team, our XI would be slightly different, as shown below... 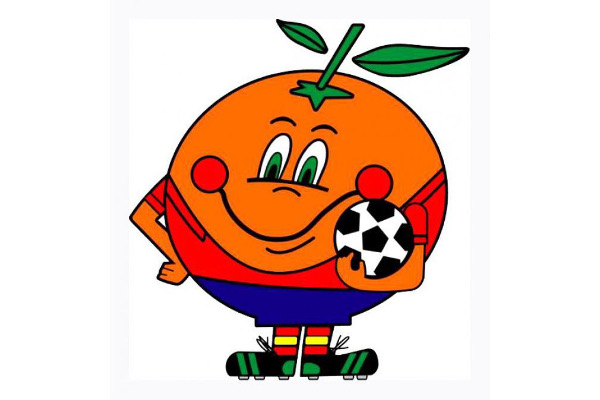 "Naranjito" - an orange dressed in a Spanish football kit. One of the classic World Cup mascots. 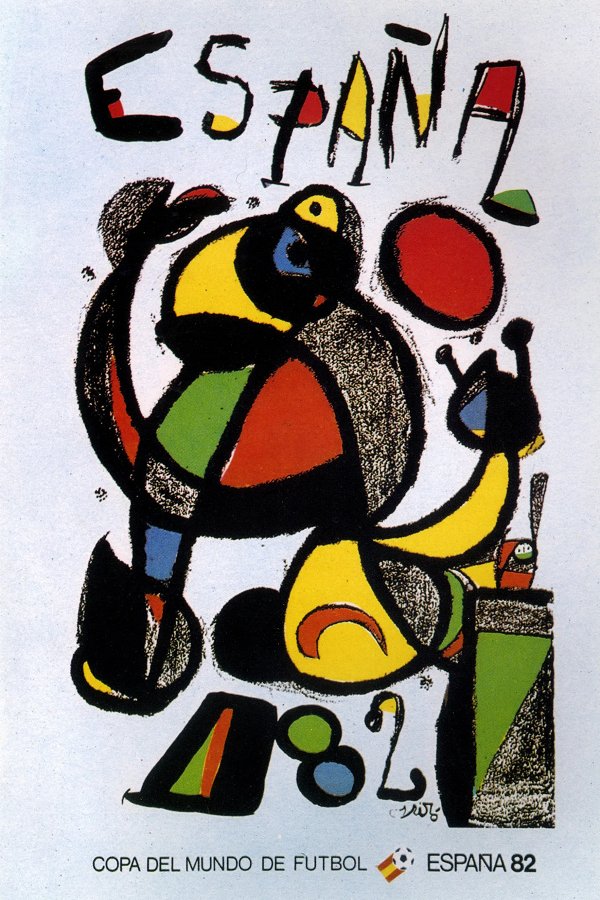 Well, if anything screams "Spanish art", then it's this poster, painted by one of the country's most famous surrealists, Joan Miró.

We love it, as a piece of art, because it is so Spanish, and we do like a bit of culture. However, as a football poster, it's missing something important - the football. So, for that reason, we don't rank it quite as highly as some of the other classic World Cup posters. 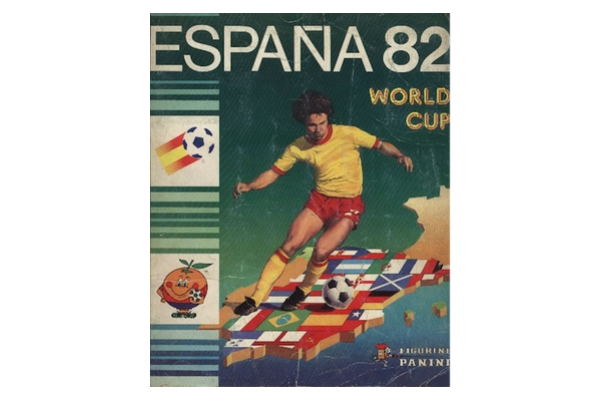 The fourth World Cup Panini album. And the best so far, featuring so many iconic players, those fantastic tournament posters and some magnificent looking stadiums! 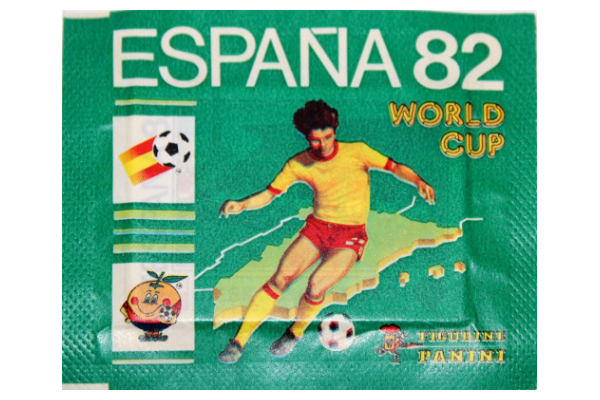 A memorable looking Panini packet, with the green colour, the cool tournament logo, the cheeky Naranjito mascot and the giant footballer in the kit that none of us recognised!

And there were six stickers in each pack.

1982 was a fine year for World Cup squad songs, with England, Scotland and Northern Ireland all having qualified, and all recording songs.

England reached number two in the UK singles chart with "This time (we'll get it right)", whilst Scotland reached number five with "We Have a Dream". Northern Ireland celebrated only their second-ever appearance at the World Cup finals by enlisting the help of the country's Eurovision legend, Dana, to sing "Yer Man" with the boys in green.

The home nations efforts paled into insignificance compared to the West Germans though - Die Mannschaft recording not one, but three, official songs!