The Evolution of the Inter Crest 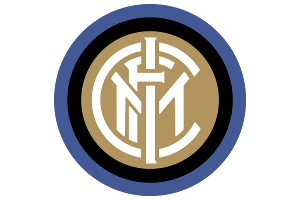 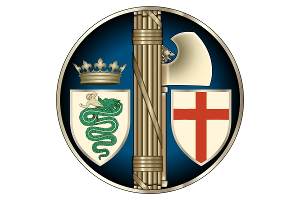 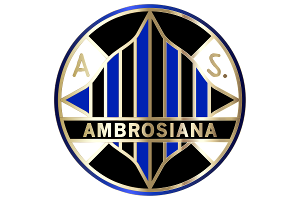 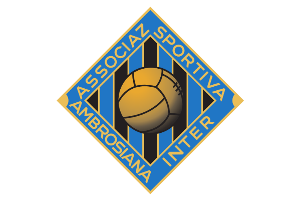 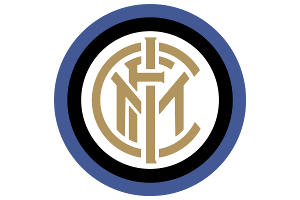 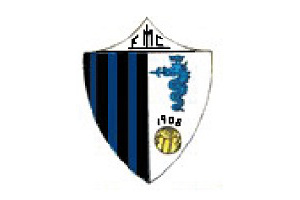 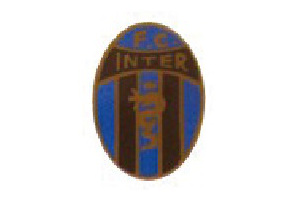 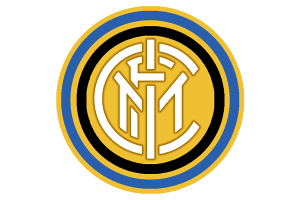 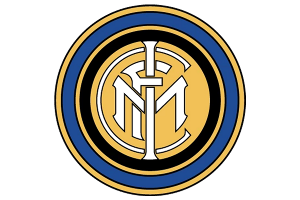 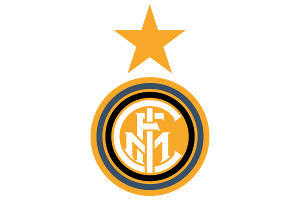 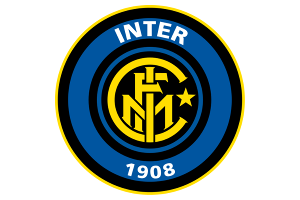 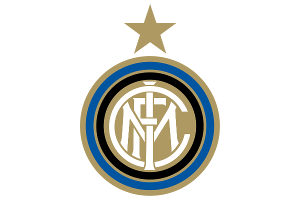 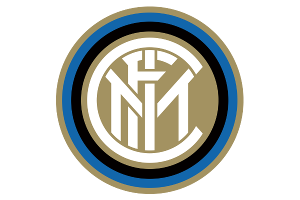 The first Inter crest was actually designed by one of the club's founders, Giorgio Muggiani. His monogram design consisted of the letters FCIM, the four initials of the club's official name, Football Club Internazionale Milano. Muggiani also incorporated the club's colours, black and blue, into the surrounding rings.

This initial monogram design has proved the basis for many of the crests throughout the club's history. As football crests go, it's a thing of beauty.

In 1928, the country's ruling fascists forced the club to drop the name Inter, made them merge with Unione Sportiva Milanese, and renamed them as Società Sportiva Ambrosiana. Ambrosiana was a reference to the patron saint of Milan, Ambrose.

With the new club name came a new crest. It featured two symbols of Saint Ambrose and Milan - a red cross shield and the Visconti Biscione (a serpent consuming a human).

Despite the fascist regime ordering the Inter name to be dropped, the club's fans had continued to call the team Inter. In 1932, under pressure from the supporters and club members, the new president changed the name again to reflect this, and the club was renamed to Associazione Sportiva Ambrosiana-Inter.

Another name change meant yet another crest change, the black and blue stripes remained but everything else was altered, from a circular design to a square with the new club name along the edges, and with a football symbol added.

The end of World War II in 1945 also meant the end of the ruling fascist regime in Italy, and this resulted in the club being able to revert back to its original Internazionale name, And its original crest. However, they did modify it slightly with the colours of the letters and background reversed.

The start of the sixties saw a radical change to the Inter crest, and it wasn't for the better!

Gone was the iconic monogram style, and in was a shield, split into three sections, with the club's black and blue stripes on one side, the return of the Biscione with the club's formation date on the other side, and the FCIM initials on the top.

It took Inter two years to see sense and drop the previous crest. However, they resisted the temptation to go back to the original monogram design and opted for an elliptical black and blue shield, with the Biscione in the centre and F.C. Inter on the top.

1963 saw a welcome return to the original monogram-style crest, albeit with a more intricate design, including more rings and more use of the gold colour.

Inter decided to over-complicate the crest even further in 1966, adding black edges to all of the shape outlines and making the 'C' really thin.

1978, and Inter went radical again, but this time we loved it.

Maybe they'd got wind of what Roma were up to with their iconic 1978 Lupetto crest design, because Inter went along a similar design route, creating a modern representation of one of the city's emblems, in Inter's case the Biscione serpent. The Biscione was placed on top of diagonal black and blue stripes, in a shield with a star to represent the ten Serie A titles that Inter had won. It was completely different, but it looked great, and became an iconic late 1970s/80s football crest.

The modern Biscione crest lasted ten years until 1988, at which point Inter reverted back to the 1963 design but also included a large star above it.

Another ten years meant it was time for another crest change. It's the classic Inter monogram design, but with a black background, the star moved in with the club initials, and Inter and 1908 also displayed inside.

2007, and the star is back on top of the crest, whilst the style and colouring is pretty similar to the original 1908 design.

2014 saw the monogram changed slightly, with a slightly neater and sleeker look to the FCIM characters. However, 106 years on, and despite all these iterations and modifications we still think that the original 1908 design is Inter's best crest, followed closely by the 1978 Biscione design.

2021 saw the most controversial change to Inter's logo as the club followed the trend that had been taken by Juventus a few years earlier in creating a radically simplified logo. Gone are the FC letters and the gold trim, leaving just a bold IM on a blue background with a black border. To us, the previous badge was simple enough, so it's a shame they felt the need to make it even more minimalist. Let's hope that they return to the old style in future years...

Evolution of the Fiorentina Crest