Some of our favourite box-to-box footballers from down the years...

Jean Tigana was a great all-round midfielder who had a bit of everything in his game. Despite being a fine technical player, it was his boundless energy for which Tigana was most renowned. His slight frame was deceptive, as he covered seemingly every blade of grass, hounding and pressing the opposition in a bid to win the ball back or to force them into a mistake.

Whilst this ability would sometimes see Tigana deployed as a holding or defensive midfielder, his relentless running also made him one of the great box-to-box midfielders of the 1980s, particularly when playing for the national team as part of that tremendous midfield quartet known as Le Carré Magique (the Magic Square). With Luis Fernández sat at the base of the four, Tigana could get up and down the pitch at will, supporting the creative talents of the other two members of the midfield partnership, Michel Platini and Alain Giresse.

Tigana's incredible engine was never better demonstrated than in the epic semi-final of Euro'84, when, deep into injury-time, and with the game looking like it was heading for the dreaded penalty-shootout, Tigana summoned up the energy for one last lung-bursting surge into the Portuguese box, setting up Platini for a glorious winner and giving the rest of us one of the greatest football commentaries.

A brilliant midfielder whose status would have been even higher if it wasn’t for the number of serious injuries that he sadly suffered in the second half of his career.

Michael Essien was still playing with his local side as a 16 year old when he had scouts across Europe suddenly scrambling for his signature following a number of stellar performances at the World U17 Championships, helping Ghana to finish in a fantastic third place. Manchester United tried to sign him but had his work permit refused and Essien ended up in France at Bastia. Having started out in a number of defensive roles, a move into midfield would see Essien establish himself in Ligue 1 and it wasn’t long before Paris Saint-Germain and Lyon were battling it out for his services, Essien opting for Lyon and immediately forming a fantastic midfield partnership with Juninho Pernambucano, the Brazilian’s playmaking skills complimenting Essien’s relentless box-to-box energy. Essien would win the Ligue 1 title in both his seasons at the Stade de Gerland.

José Mourinho’s big-spending Chelsea was the next stop for Michael Essien in 2005, the Stamford Bridge outfit splashing out £24.4m on him, breaking the record they’d paid out the previous summer for Didier Drogba.

A fantastic all-round player who was good enough to function brilliantly in a variety of roles, including centre-back (he won the 2009 Champions League playing there with Barcelona) and as a holding midfielder, but it's Yaya Touré's lungbursting surges up and down the pitch as a box-to-box midfielder for which we remember him most fondly. Having also won two La Liga titles during his three year spell at the Camp Nou, Manchester City made him one of their first really high-profile signings in 2010, teaming him up with older brother Kolo as they looked to break the grip that Manchester United and Chelsea had on the Premier League. It would prove to be an inspired signing as eight years later, when Toure departed the club, he did so with three Premier league winners medals, and he'd played a huge part in all of them. His form during his time at the Etihad would also see him win the African Footballer of the Year Award four years in a row, from 2011 to 2014, a feat that hadn't been done before, or since. And it wasn't just domestic glory that Toure would achieve, in 2015 he captained the Ivory Coast to only their second Africa Cup of Nations triumph, Les Éléphants beating Ghana on penalties. 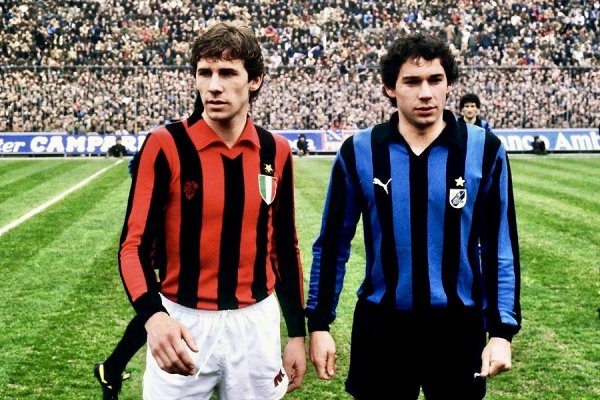